What MERV Rating Should I Use?

What MERV Rating Should I Use?

Welcome to this week's blog! It's all about MERV and our filters.

As you may know, we at Second Nature offer a selection of three differently rated air filters: Our Catch Some (MERV 8), Catch More (MERV 11), and Catch All (MERV 13). So, which one is right for you?

As you try to make this decision, you'll need to answer several important questions: What if I have allergies? How different is each MERV rating? What's the best filter if I have a pet? Will any of these filters make my HVAC system work less efficiently? Who got sent home on The Bachelorette last week?

In this week's blog, we have the answers to all of these questions and so much more. Don't be MERVous. After you finish reading, we guarantee you'll know what you need to know to make an informed decision.

To kick things off, we'll give you a basic rundown of everything MERV.

What exactly is MERV?

MERV, otherwise known as Minimum Efficiency Reporting Value, is a system used to evaluate the efficiency of an air filter based on how effective it is at catching particles of varying sizes. Basically, the higher the MERV rating, the higher the air filtration capabilities of a particular filter.

How does the MERV rating system work?

Well, MERV ratings range from 1 to 20, with 1 being the lowest level of filtration, and 20 being the highest. Filters that are MERV 16 through 20 are usually only found in hospitals, cleanrooms, and nuclear power plants. The home air filters you're looking for are rated anywhere between MERV 5 and 13. We, however, do not endorse any filter that is lower than a MERV 8, and filters below MERV 5? We don't even talk about those.

Filters rated below a MERV 5 are basically the wet socks of air filters. Please don't use them and embarrass your air return like that. Your indoor air quality deserves better.

The next step? Each filter will go through six tests per particle size (72 tests total) to determine its MERV rating. In each test, the total number of particles in the test will be counted before being sprayed through the filter, and then counted again after. The end count compared to the total amount of particles is then converted into a percentage representing how many particles were successfully filtered out of the air. The worst percentage out of the six tests is selected as the official measurement used to determine a filter's MERV rating. That's where the minimum in MERV comes from. If we didn't use the worst score, it would just be called ERV, which is nowhere near as cool of a name.

Check out this chart below for more on E1, E2, and E3 particles: 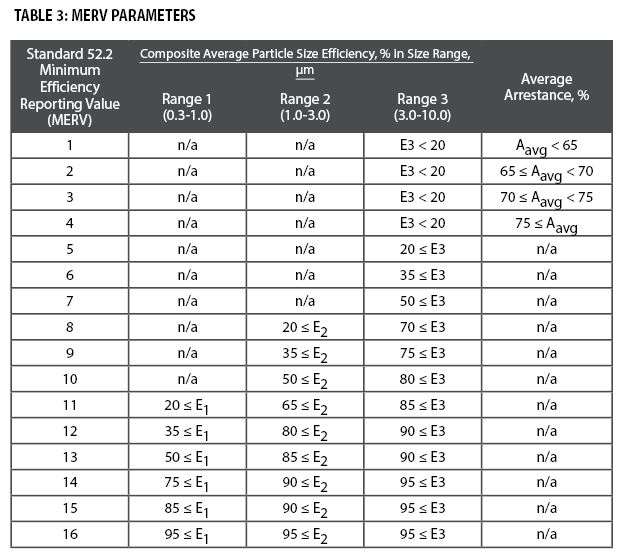 Now, on to pressure drop!

In simple terms, pressure drop is basically air resistance. Your air filter is a literal barrier between your HVAC system and your vents, and that slows the ability of air to get pulled through your vents to your actual system. How much your HVAC’s air flow is slowed by a filter is equivalent to its pressure drop.

Pressure drop varies based on the filter. Filters that are more tightly woven make it harder for air to pass through. This creates a decrease in air flow and a higher pressure drop. As long as you have an air filter installed in your air return, there's no way to avoid pressure drop.

Really fiberglass? C' mon, you literally have one job.

Pleated filters that are MERV 8 to 13, unlike fiberglass, can both filter out small particles effectively and diminish pressure drop (this here is as close to MERVana that you can get). Even though pleated filters do have a slightly higher initial pressure drop, it is not so significant as to cause any harm to your HVAC system, as long as you’re changing your filters regularly.

Be aware that as time goes on, more dirt, dander, mold, and dust will be trapped by your filter, reducing air flow and therefore increasing pressure drop. So, make sure you’re replacing your air filter regularly to prevent this from happening. A filter replacement every two to three months will do the trick to make sure your HVAC system sees no decrease in functionality.

Ok, now that we've got all of that covered, it's time to meet the filters.

First up, it's Catch Some, our MERV 8 filter.

What does a Catch Some filter out of the air? It takes care of all the basics: pollen, dust, dust mites, mold, and bacteria.

Who should own a Catch Some? Homeowners who don't live near smoke pollution and who don't share a household with any allergy-suffers or pets.

What's the filtration efficiency? To be classified as a MERV 8 filter according to NAFA (National Air Filtration Association), a filter must filter out at least 70% of E3 (3.0-10.0 µm) particles and 20% of E2 (1.0-3.0 µm) particles. Catch Some actually exceeds that requirement. In addition to 70% of E3 particles, it also filters out 30% of E2 particles and 1.9% of E1 (0.3-1.0 µm) particles. Since it is a MERV 8 filter, it isn't designed to catch the smallest of small particles that fall into the E1 category, like pet dander. In addition, after conducting standard dust tests, it was found that Catch Some had an arrestance rate of 81.5%. This means that 81.5% of dust particles fed into the filter were successfully filtered out of the air.

Okay, so how about pressure drop? Our pressure drops tests were conducted at pretty standard air flow rates for the average HVAC system. At these rates, we found that Catch Some's initial pressure drop is around 0.024". This is very low, and barely different from the pressure drop of a MERV 1-4 fiberglass filter.

Next, we'd like to introduce our Catch More filter. This is our MERV 11 and mid-level filter.

What does a Catch More filter out of the air? Everything that the Catch Some does, so pollen, dust, dust mites, mold, and bacteria. In addition, you can say goodbye to that pet dander that's been floating around.

Who is a Catch More perfect for? Pet owners, of course! Also, anyone who has mild allergies or is just looking for additional filtration.

What about pressure drop? Our Catch More filter has an initial pressure drop that's slightly higher than the Catch Some, but not by anything significant as it comes in at about 0.03 WG. This is no surprise as this filter does provide an extra level of filtration.

Last, but most definitely not least, we have our Catch All MERV 13 filter. This is our highest rated filter.

What does a Catch All filter out of the air? The answer to this, my friend, is a whole lot. For starters, it filters everything that a Catch More does, which includes pollen, dust, dust mites, mold, bacteria, and pet dander. Then, it also filters out cooking oil smoke, smoke, smog, AND virus carriers. What else is left? We sure can't think of anything.

Who should own a Catch All filter? Homeowners with more than one pet in the home and those who have severe allergies.

People that live in heavily polluted areas or experience smoke pollution in the summertime will benefit from a Catch All, as smoke particles are very small and hazardous to your health.

How's the pressure drop looking? Since it does provide the highest level of filtration, the Catch All filter has the highest initial pressure drop at about 0.053 WG, which still should not pose any threat to your HVAC system.

Just an FYI, but filters ranging from MERV 1 through MERV 4 typically only remove less than 20% of E3 particles.

Well, there you have it. Now you're a MERV expert and the time has come to choose your fighter. Will it be Catch Some, Catch More, or Catch All? Make your choice here.

One more time for the people in the back, anything under MERV 5 = very bad.

Mahika Kawale
Communications and Content Marketing Intern
I am currently a student at UNC-Chapel Hill and joined Second Nature as an intern in May 2019. I love to write and am majoring in journalism with a double minor in creative writing and writing for the screen and stage. Outside of school and work, I enjoy going to concerts and spending time with friends! 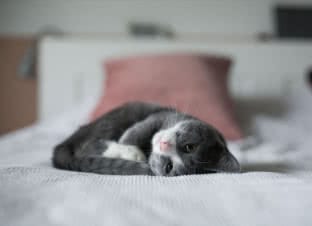 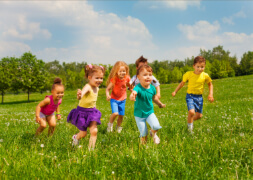 Five Steps to Allergy-Proof Your Home

Removing 100% of allergens from your home is impossible, but these simple steps can still go a long way for you and the air you breathe.

Five Steps to Allergy-Proof Your Home

Removing 100% of allergens from your home is impossible, but these simple steps can still go a long way for you and the air you breathe. 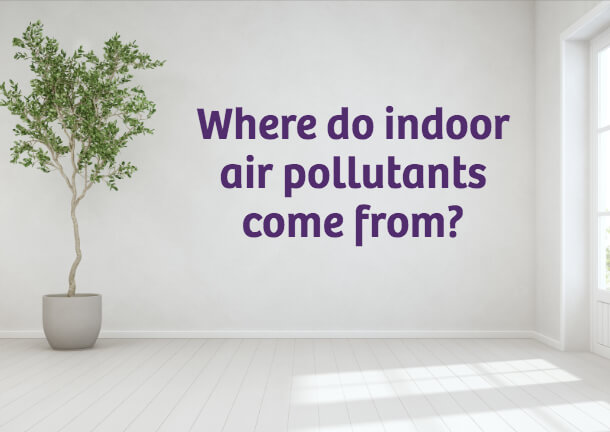 Where Do Indoor Air Pollutants Come From?

Where common indoor air pollutants come from and where they're commonly found in your home is the first piece of knowledge you'll need to improve the air quality in your living space.