Myth Busted! Pleated Filters Will Not Damage Your HVAC System By Decreasing Airflow

A myth. An old wives' tale. A misconception. Whatever you want to call it, that’s what this is. If you have ever had an HVAC technician come to examine the heating and air conditioning systems in your home, there’s a chance you may have had the common refrain tossed your way.

“Use the cheapest filters you can find. The thicker pleated ones restrict too much airflow and will starve your system.”

Is this true? No, it isn’t. It is true that airflow is lessened, albeit marginally, with a pleated air filter versus a cheap fiberglass air filter, but the risks of lessened airflow, a direct result of what is known as pressure drop, are assumed, and they are assumed incorrectly.

Myth one: Pleated filters will blow out your fan motor

It’s worth noting that nobody specifies what they mean by “blow out” or “break down.” You may have heard the phrase “starve your unit of air.” The implication is that by reducing the amount of airflow into your HVAC system, the motor that powers the fan will overwork trying to move air and it will burn out, almost like a car red-lining for too long before the engine explodes. The result is a catastrophic failure that occurs in one instant. This is absolutely not true.

There is no mechanical connection between a fan motor and an air filter. The fan is going to do the same thing, regardless of how much airflow is being allowed by your filter. Unless you have what is known as an ECM motor, your fan is going to move at the same speed and consume the same amount of power regardless of how significant the pressure drop is. The motor does not know what the airflow levels are, nor does it have any way to adjust its workload for such a thing. Thus, it's not going to "work harder."

You may have heard a technician tell you that the fan motor draws more power with less airflow. This is also false. Ironically, it's the exact opposite. Recall that, unless you're using an ECM, your fan motor has no capacity to say "we need more power." It's off or it's on. So with less airflow, the fan is actually moving less air, which requires less energy, so the machine draws less power to keep it running at the same level. It seems counterintuitive at first, but makes quite a bit of sense when you think about it. Note that this does not mean bad airflow is actually good. You still want a low pressure drop, but this increased power usage is a myth.

What will happen in situations where your pressure drop is too high is the fan will need to run longer in order to achieve the desired temperature in the home because it is cooling or heating less air at a time. As with anything, parts will wear with run time, so the risk with significantly decreased airflow is more about decreasing lifespan by increasing use, not some explosive disaster. This leads us perfectly into myth two.

So we’ve established that installing a pleated filter is not going to cause these catastrophic failures that many spout off about in totally healthy HVAC systems. But it’s true that they do have a higher pressure drop, thus allow less airflow, than cheaper fiberglass filters. So won’t they shorten the lifespan of your unit?

Well, no, not really. Again, the common refrain is that pleated air filters will restrict airflow, but specifics regarding what impact that will have, and how significant it is, are usually left out. We’re not going to leave those out.

We conducted a study in our lab to specifically test airflow differences between a pleated and fiberglass filters, and how those differences would affect lifespan. The results were interesting.

We found that with a MERV 13 pleated filter, which has a pressure drop about 2.5x that of a fiberglass filter, the system would need to run about 3.5% longer to achieve the desired temperature. Assuming an eight-year lifespan for your HVAC system, with identical usage and no external factors (that part is important), you would need to replace the fan motor in your HVAC system about 3 months earlier with a pleated filter than with a fiberglass filter. Another way to look at that is that a system that lasts 96 months with a fiberglass filter would last about 93 months with a pleated filter, a difference that is virtually negligible, and again, does not account for other factors that contribute to wear.

Now, time for another important part. We mentioned the test occurred with no external factors in totally identical scenarios. You’re not going to have this in the real world. Mechanical systems like your HVAC unit will have some natural variance in lifespan, and there are other factors impacting the longevity of your equipment that will outweigh the difference the filter type alone makes, leaving the aforementioned difference in lifespan immaterial.

The test only accounts for airflow. It doesn’t account for risks to your system that result from small particle buildup on your AC coils, which are higher with cheaper filters that catch less. This situation can also shorten the lifespan of your unit by requiring more use of the system, as heat is absorbed less efficiently because of the film of particles forming around the coils.

“Freezing up” refers to condensation around your coils freezing as a result of the refrigerant becoming too cold. It does not mean the refrigerant itself is freezing. Modern refrigerant will freeze at -251 degrees Fahrenheit or below. If it reaches that temperature, you likely have other concerns, such as the impending Ice Age.

We also conducted a study with current customers of Second Nature, determining how often participants needed to call HVAC technicians for issues both before and after starting Second Nature.`

Because Second Nature helps homeowners ensure they are changing their filters on time, and the boogey man stuff around pleated air filters has proven to be largely nonsense, customers see their HVAC issues decline when participating in the service.

So why do these myths persist?

Simple question, simple answer. It used to be that way. The components of an HVAC system have improved in construction and durability over time, while the construction of pleated air filters has improved to maintain high levels of filtration while minimizing pressure drop.

In short, pleated filters have innovated the way the fibers are woven, as well as what they are made of, to increase filtering ability while decreasing the density of the weave. Modern-day pleated air filters have relatively low pressure drops as a result, and are not going to cause significantly shortened lifespans unless you never remember to change it.

Many HVAC technicians who are veterans of the trade learned their craft before these innovations, back when a pleated filter could more significantly reduce the lifespan of your unit. Thus the myths persist because they used to be more true than they are today and ever will be again.

Another reason is that HVAC issues caused by a clogged air filter are incorrectly attributed to the filter, not the failure to change it. One-inch pleated filters should be changed at least every three months, and four or more inch pleated filters should be changed about every six months. If you leave a pleated air filter in your air return for two years, it will clog with pollutants and eventually reduce airflow to zero. Shortened lifespans that result from this are avoided by changing your filter on time, not by using a cheaper filter. A pleated air filter that is changed on the appropriate interval is not going to create these airflow issues.

Do you want to use quality air filters, but you find yourself forgetting to change them? No worries. Our subscription service makes it impossible to forget. 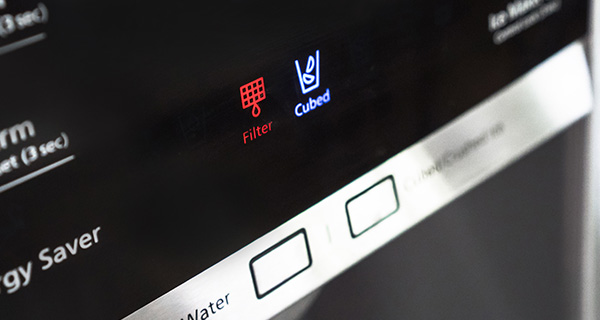